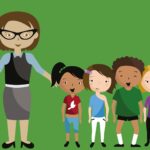 I was standing in the driveway waving goodbye to my mother  with a lump in my throat.  it was September 1985 and I had  just been dropped off at boarding school for the first time.

One thing I learned very quickly was the difference between  rich and okay !

Some of the other children had pocket money accounts with literally hundreds of pounds in, whereas I ( being funded by my local education authority) had very little.

Being of an independent turn of mind and wanting to stand on my own 2 feet I quickly set about making money.

So I started up several businesses at school

– an after hours canteen/tuck shop

– a done for you homework service

and the best thing of all was the fact that I outsourced most of this to other  pupils !

St Trinians had nothing on me !.

The interesting thing here was that I realised that there was a market that had specific needs and had money, and I found a way to supply the service that met the demand cost-effectively, even though I personally didn’t have the skill or the time !

It wasn’t until later that I realised I had worked out for myself Marketing, and how to structure a Value Chain. !

Sometimes the best way to make money is to be the middle person that connects people with the money and the need, with those that need the money and have the time and skill.

With the proceeds from my various enterprises I managed to buy my very first computer, and the rest as they say is history…..

A Trip Down Memory Lane – Part 2

So the other week I plucked up my courage and went to a school re-union !

Its funny how the place seemed not to have changed, but had changed, if you know what I mean.

It was an open day so I got taken round the school by the Headmaster, shown my old dorm and other places I remembered.

I didn’t get to meet any of the people I had been at school with, but lots of people seemed to know me !

And then it was time for the AGM of the ex-pupils association……..

(Alumni I think they call it in the US)

And I got mugged !

They voted me Vice President in charge of online marketing  – including the Facebook page !

They had all been following me on Facebook, which was how come they knew me, and all about my career as an Internet Marketer, but I didn’t know them.

One side effect is that now lots of girls who went to my school (it is a mixed boy/girl school) are now joining up on Facebook.

A few weeks ago I put on my leather      .jacket, high heels and went to a rock  .concert!

That’s the first live performance I have been to in ages.

I have been a fan of Ah-Ha since, well, for as long as I can remember, and I managed to get tickets for their show at the O2 Arena in London.

So I decided to have a girls night out and treat my sister, and Sue from my help desk.

I forgot how loud concerts are.   But we all had a great time dancing the night away to songs like , Take On Me,  The Sun Always Shines on TV, The Living Daylights etc.

The best bit of it all was the VIP treatment we all got..

So this week I bought the blu-ray of Hateful Eight.

Tarantino’s eighth and latest movie and one that some people are saying is his best yet.

Its a long movie at just under 3 hours, but the outside scenes are beautifully shot and the semble cast act their (wet and frozen) socks off.

The interior scenes make the most of Tarentino’s dialogue, and some of it is outstanding, especially the piece between Samuel Jackson and Willem Defoe.

It’s also interesting because most of the film is performed on a single set stage, which creates a pressure cooker atmosphere and holds your attention throughout.

Unlike The Revenent, which won Oscars as much for its outside scenes as much as anything else.

Personally, I am not convinced it is Tarentinos best yet, and I think a lot of it is uneven in the way that Reservoir Dogs wasn’t.

But it’s definitely worth seeing, and probably at least twice.

PS:  Have a look at my new Sarah Staar Products Page.