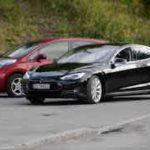 Because I have run a video production company, and done a   fair number of car videos for Nissan, and for car dealers (Clive Sutton), and for Kart racing companies, it has been   ..blatantly obvious to me that ALL of those programmes where

they compete to see who gets first to a destination, were set up.

They were fake, good entertainment, but as honest as well….a Russian athlete ? !!

So when Tesla Motors was a brand new company they lent one of their cars to the BBC, hoping to get a good review.

The Tesla Roadster was featured in a  BBC video that showed it running out of charge and losing a race.

A video that is shown on repeats around the world.

Now a Tesla has a lot of electronics on board, it is after all an electric car, and because it’s a new type of car it has some very advanced diagnostics and monitoring software.

Tesla checked the computer logs in the car they lent to the BBC and they showed that the car actually had not run out of juice!! 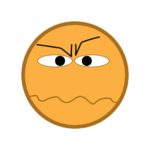 In fact it NOW turns out that the script was written many   ..months before the BBC actually got hold of the car, and the ..script had the car running out of juice.

In other words the BBC has been creating, making, and   ..broadcasting fake reviews!!

This is crazy,  as an  online marketer I would never post a fake review and I think it’s appalling that the BBC is creating programs like this !!

After this negative review by the BBC a lot of UK investors pulled out of Tesla Motors.

The worst part is that the BBC refuse to stop showing this episode.

So Tesla Motors are now suing the BBC.

And I really hope Tesla wins!!

At the very least the BBC should have a big disclaimer at the beginning and end of the show saying that their reviews are fake!

I guess this is just another nail in the coffin for Top Gear.

As an online marketer I’m very aware of the importance of posting high quality accurate reviews of any product which I sell.

As an affiliate marketer this is incredibly important, and also a legal requirement.

WHY SHOULD THE BBC BE ANY DIFFERENT ??

Tomorrow I start my UK road trip in a brand new Tesla Model S,  I’m going to be covering over 1500  miles across the UK in less than 7 days so let’s hope the batteries last!!

I’ll keep you updated along away with videos and newsletters….