Last week I attended a driver’s awareness course. This was because I got caught speeding and was given the choice to either have some points put on my licence or attend a one-day driver awareness course.

The course was held in a local Hilton hotel in one of their conference rooms.

The setup looked very familiar, a bit like an Internet marketing workshop!

It was actually great fun, got to do a bit of public speaking!! and I got chatting to loads of people at the event.

The course consisted of a PowerPoint presentation  which was actually very well put together. And then group discussions about what had just been covered in the presentation.

Each table had to have a spokesperson, at the end of each section that person would tell the rest of the group what conclusions their table had come up with.

My table was first…..

I stood up and walked to the front of the room and started presenting, a bit like I was at an Internet marketing event.

I think this made the organisers of the event a little bit surprised.

Then everybody else  from the other tables felt like they had to do the same….. The organisers told me this is the first time that had ever happened. 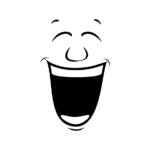 I did make everybody laugh at one point.

At the end of the day they asked for 3 volunteers  to stand up and explain how they were going to  remember to stick to the speed limit.

One of my answers was, I’ve ordered a brand-new self-driving car, and my car will not drive over the speed limit  because it’s driving itself. Of course I was referring to my Tesla.

Everybody thought this was hilarious, and the course organisers were a little taken back….

It never rains but it pours…..

A couple of weeks ago I was at Ben Father’s workshop and got chatting to Neil Stafford.

Neil explained how he was using direct mail to promote his webinars. I told Neil that I would definitely  try his strategy out  with my next webinar.

So last week I decided to take the plunge  and do my first ever piece of direct mail  to promote a webinar.

Now I say direct mail, what I am talking about is old-fashioned paper post, remember that???

Last Friday  I put together a one page sales letter saved it as a word document and sent it over to a company which I found called Stannp.

The letter, which is advertising my webinar, was sent out to a small segment of my UK list.

This is really just a test to see how many webinar signups I can get from a piece of direct mail.

This morning at 7am I had an email from one of my customers saying that he’d received my sales letter and he tried to go to the website address but it had not worked?

The website address he was going to was…..     www. sarahsystem .com

I have to say was a bit baffled because I had tested the link and it was working the day before?

I had a quick look in my web browser and typed in the link sarahsystem .com and it was working fine.

It turned out that I hadn’t done the domain name redirect correctly.

If you typed in www in front of the domain name it did not work!!!

After frantically messing around inside the Namecheap control panel I finally worked out what I had done wrong.

You see Namecheap has recently changed the way it uses redirects and I wasn’t familiar with how things worked.

Anyway  it’s all working now it just goes to show that you need to check double check and triple check!!!

I spent this afternoon in Chichester doing some shopping, I got home at about 3.30pm and noticed a problem with my Leadpages account.

It turned out  that one of my squeeze pages wasn’t working correctly, Leadpages actually informed me that it was a problem on their end!!!

Lucky for me I’ve also got an account with Clickfunnels,  I got Angela from my team to duplicate the pages which had problems inside Clickfunnels. Luckily we managed to do this all within  20 minutes.

It just goes to show that having  an outsourcing team to hand  can sometimes get problems cleared up really quickly.

Whatever you’ve got planned for Thursday…… cancel it!

Have you ever asked yourself why is it that some people seem to have massive success with Internet marketing whilst others don’t.

Have you ever tried to make money online and failed?

Don’t worry it’s not your fault. Most people are using completely the wrong affiliate marketing strategies.

This Thursday I want to set the record straight and show you, the missing link, promoting high ticket affiliate products.

If you’re sick and tired of struggling with Internet marketing and you want to start seeing results within the next seven days then you need to attend this class.

Whatever you’ve got planned for Thursday cancel it!! You will not be disappointed.

Over the weekend I found a great new tool  called  stylifyme. You simply input a webpage URL and stylifyme will tell you  the font and colours that are being used on that page.