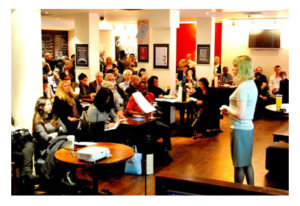 For a few years, until I moved out of London, I ran a monthly Internet Marketing evening event that was free to attend for absolutely anyone.

I remember we started off in a room in a pub called The Shooting Star near Liverpool street station, and then via a few other venues we finished up in a bar near London Bridge station, and then we ran the last few at the Strand Palace hotel.

I am re-starting it !

The first meeting is being held on Monday the 8th May 2017 at the Strand Palace Hotel, starts 8 o clock..

The format is pretty much the same as before, a format that saw us grow to about 100 people per event and outgrow 3 venues !

It starts with a brief introduction, then either myself or a guest speaker will speak on a topic of relevance to the Internet Marketing community for between 30 and 45 minutes

Followed by Questions and Answers…

Its free of charge, and no sales pitches or anything.

Everyone is welcome, from Newbie to Professional…

And There is More….

So anyone interested in a monthly meetup in those cities, please please let me know.

And There is Still More….

So I am making both an offer and a challenge.

If you set up a monthly meetup in your city with a decent number of people attending each and every month, then I will visit you at least once a year.

Now I know it’s a bit old fashioned of me but I believe that Facebook only works if you have already met somebody.

Because when you talk to them on Facebook you have the real person in your mind’s eye when you pop a message to them.

If you think about the “Know, Like, Trust” process for a moment then communicating with a real person who you have never met via Facebook is lacking something

And that’s why I believe in meeting people face-to-face.

So I better know who you are.

And you better know who I am.

And that’s why I am prepared to put a lot of time and travel into meeting you.

It’s all about the quality of the experience.

Traffic Technique no-one Teaches – But Me

This weekend I was running a 100 club workshop for my coaching students, and then later on I was speaking at a little seminar in the same hotel laid on by Ben Fathers.

And it reminded me of one of the first Internet Marketing events I went to.

I think it was a Mark Anastasi pitch-fest event in Earls Court  – London.

You know, one of those events where a succession of people speak for 90 minutes and try to sell a £2000 product.

And there were about 500 people in the audience,I remember thinking, “wow, there are so many buyers here, how can I contact them with a free offer to get on my mailing list”.

Being an upright and honest person I asked Mark if i could issue a flyer.

He said “NO, but you can give out business cards”

So I went back home, found a local printer who would give me fast turnround, and had 500 business cards printed, with the business name on the front, and a free offer on the back.

I went back to the event in the afternoon next day, and gave out something like around 400 business cards.

About 300 of those people joined my list and took advantage of the free offer that weekend ! And many of those are still with me, almost a decade later…

And I tell people to do that even now. But no-one was doing it at Ben’s event..

I still do it. This what my current business card looks like.

My first free meet up is planned for Monday evening, 8 May.

A great suggestion by Nick who recommended this tool to me at Ben’s workshop this weekend.

Any tool which helps with spelling and grammar  I’m always interested in.

I’m currently using the free version which seems to work very well, I think I might try the paid version later this week…

I’ve got Almost 1500 movies In my movie collection at home. 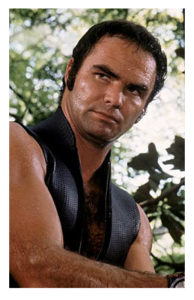 Sometimes I like to watch  the old movies that I grew up with. So this week  I’ve been watching some Burt Reynolds movies.

You forget how good some of these films actually were, Deliverance for instance is still a fantastic movie even in 2017.

Deliverance is still a powerful well-made film that doesn’t look out of date even today. Definitely worth  watching this film if you haven’t seen it before.

Smokey And The Bandit

Okay I must admit this is a bit of a cheesy movie, but it’s actually a film I’ve never seen from start to finish. I’ve only ever seen bits of it on TV. So this week I decided to sit down and watch the entire movie from start to finish and I have to say this film had me in fits of laughter which is always a good sign.

Any Burt Reynolds marathon wouldn’t be complete without probably the best film Burt Reynolds ever made – Boogie Nights. I just love this film and the amazing soundtrack, an amazing performance by Burt Reynolds and Philip Seymour Hoffman.