These days I very rarely watch live television instead I tend to favor things like Netflix and Amazon Prime.

However, on Saturday afternoon I decided to switch on the TV to see what was on.

What a load of rubbish. Over 30 channels of crap, no wonder Amazon Prime and Netflix are doing so well.

Apparently, even Facebook’s getting in on the act broadcasting TV shows. I wonder how that’s going to work.

One of the things I love to do with my television set is watch youtube videos. I do this using a cool device called a chromecast. You should check it out.

They only cost around $30 and plug into the back of your TV set and enable you to stream youtube videos from your mobile phone directly to your TV. 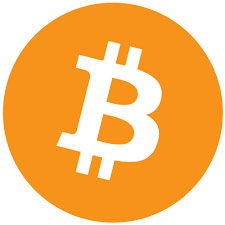 One of the things I ended up watching on Saturday afternoon were some videos about bitcoins.

Now, this is something I’ve always wanted to get involved in, so I thought I’d take the plunge and set up a Bitcoin account.

Wow What an interesting weekend

I have to say it’s actually very simple to set-up a Bitcoin account and purchase bitcoins.

However, a lot of people make it really complicated so what I’ve decided to do is put together some videos all about bitcoins and put them on my blog next week. So look out for the videos.

Am I too late?

Well, I have to be completely honest with you, the same question rang through my head this weekend when I was purchasing some bitcoins.

It’s really interesting because exactly the same question was ringing through my head when I first started doing internet marketing!!

Back in 2008 when I was setting up my first ever website and looking to get into affiliate marketing, I remember thinking surely I’m too late.

Surely in 2008, there’s no more room for internet marketers. How wrong I was.

If you’re serious about quitting your day job and learning how to make,

Check out my income blueprint workshop.