I like many people, suffer from inertia, procrastination, and sometimes I just simply find it very difficult to sit down and get things started. 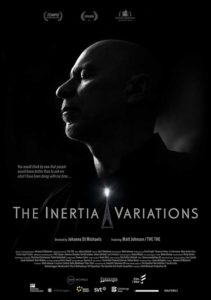 So when I heard that the lead singer from a band which I have followed from childhood, Matt Johnson of “The The”, had released a new movie, called The Inertia Variations,

I simply had to see it.

I’ve been receiving email updates from the band about their new film for about two years, so it was definitely on my watch list.

Then, I heard it was being premiered at the Edinburgh Film Festival.

Edinburgh is at the other end of the country about 600 miles away and sometimes life just gets in the way, so I made the decision that I was not going to attend as it was simply too far to drive to watch a single movie.

I must’ve received four or five emails about the Edinburgh Film Festival and then last Friday at 10.45pm I received an email just at the right time.

I was just getting over a rather nasty bout of summer flu and I wanted to get out of the house and do something.

Lo and behold an email came in from Matt Johnson talking about his new movie at the Edinburgh Film Festival.

I made a snap decision that I was going to drive up to Edinburgh the next day and see this movie.

After all, a 1400 mile round trip road trip seemed like fun, especially with my new Tesla electric car.

Hey, I don’t even have to pay for the mileage because it’s free when I charge at the Tesla super-chargers.

I set off on Saturday morning on my way to Edinburgh with nothing but a bottle of water and 2 new audio books to read and 600 miles to cover in one day.

I have to say, having a car that drives itself and runs on free electricity was a big motivator for the trip, I think I am definitely getting my money’s worth out of this new car.

All-in-all it was a fun road trip and I met some really interesting people along the way.

Every time I stopped the car, to give it a quick charge, I always end up having a sort of unofficial Tesla meet-up with other Tesla owners.

We stand around comparing notes. 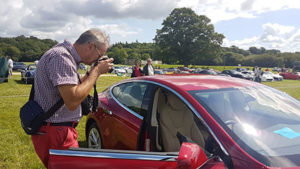 And then usually get into a conversation with somebody who doesn’t own a Tesla, who just would like a little bit more information about the car.

One guy actually asked permission if he could take a photo of my car. Weird. Anyway, the film premiere was fantastic.

There were around 250 people in the audience – a full house – and the film was absolutely brilliant. I even got to meet and shake hands with Matt Johnson.

The moral of the story is that email marketing works. Sometimes, one email does not cut it, and you need to send out several emails before you get a sale.

But one of those emails came in at just the right time, and got the sale…

This is what I like to call an email sales campaign. A lot of marketers will send out only one email, make a few sales, and leave it at that.

What I like to do, is send out several emails over the course of a week, that way I can sometimes increase my sales by 10 – 20 fold !!

This is one of the strategies I talked about during last month’s London meet-up, which, by the way, I did record.

If you’d like a free copy of the recording, you can click on the link below. No opt-in required.

Hope you enjoy the video,