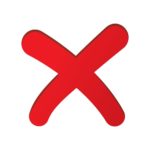 Last weekend  123 Reg managed to delete about 20,000    .customers websites due to a coding error in a “clean-up”    .programme they ran.I sincerely hope your website, or a    .website you were using, was  not one of those affected.

This major screw up was the result of carelessness and    .incompetence on the part of 123 Reg on an awe-inspiring scale, sorry but there is no other better way of describing it.

What’s even worse, 123 Reg apparently didn’t have any back-ups for many of the sites they had accidentally deleted !

It’s tough enough for web-site owners to keep hackers out without the hosting service taking their websites down !

So who can you turn to ? What steps can you take to stop this happening to you ?

The first thing is if you have a website that is really important to you, go to a hosting service that offers you a dedicated server with a proper backup system. This is what I do with my sites.

The second thing is that you make sure you have a backup system in place that stores a back up of your website in the cloud.

There is no point in having a back up of your website saved on the same server that hosts your website.

I have always recommended BackUp Buddy for all people who use wordpress.

The other thing I have always recommended is that you never buy hosting services from the same place you register the domain name.

So I have about 30 domain names registered with 123 Reg,Namecheap and godaddy  but all my web-sites are hosted elsewhere on my own secure servers.

3 minutes of exercise per week?

Okay so I have to admit that I have put a bit of weight on over the Winter.

Part of this is that I haven’t been regularly swimming as I used to in London.

And I have to confess that I haven’t been using the exercise bike as I intended.

This was bought home the other day when I went shopping for clothes………..

So I have started my HIT (High Intensity Training) again.

This will help me lose weight.

Check out this video here, https://youtu.be/FZ_BGhA7SK8

Its the horizon documentary where I found out about this approach.

The first was “Duel” by Stephen Spielberg.

It was his first film ever and produced in about 2 weeks of shooting.

The film was released in the UK and Europe with about 16 minutes of additional footage shot after the film was first shown on American TV.

It is a very good film and is highly recommended.

Make sure you get the full 16:9 version though, not the 4:3 version

The other film I have watched  is “Experimenter”, the story of one of the most important figures in 20th Century Psychology – Stanley Millgram.

Millgram did a series of experiments researching the psychology of compliance.

His research forms the basis of many of our sales ideas, including the use of “social proof” and why it works.

His research on compliance is still highly relevant.

The methods used, involving actors simulating pain when they were given a fake electric shock were criticised at the time by the Psychiatric and Psychological establishment for being unethical.

Given that Psychiatrists were at the time using electro-shock treatment on patients, I think their response has more to do with it shaking some of their beliefs and treatment programmes.

TV shows I am Currently watching