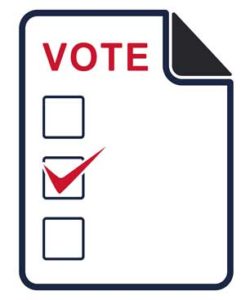 We have been watching the US Presidential Elections with interest in the UK, not least because this is the first time ever, as far as I can see, that a US President owns a chunk of the UK, courtesy of a few golf courses in Scotland.

As a person with a US business (incorporated in Nevada) the election is of more than passing interest to me.

Not least of which is the way in which currency fluctuations affect my revenue in sterling, and the potential growth of the business in the US.

The obvious parallel is between the Presidential Election and the Brexit (Britex in Iowa !) vote.

The political establishment in the UK wanted to remain in Europe for very good logical economic reasons.

But a substantial portion of the population, who felt disenfranchised and ignored by the political elite, voted to exit for emotional reasons, feeling their concerns about being swamped by immigration from within the EU and loss of “Britishness” being ignored.

Trump (with assistance from Nigel Farage ?) appealed to the same group in the same emotional terms.

Make the US great again.

Create jobs for people – people who had been by-passed by the economic policies of previous administrations.

And turned it into a battle between an outsider and the elite that ran the system.

The other similarity with Brexit is the way the polls got both elections completely wrong.

Polling only works, in the sense of giving a realistic picture of what is likely to happen, if people answer the questions truthfully.

Either the pollsters got the locations of their samples wrong (unlikely) or Trump voters simply felt uncomfortable about revealing their true voting intentions.

Either way, the important thing about democracies is that a democracy has to work – socially and economically – for the great majority of people in a country.

If a significant number of people think ”the system” isn’t working for them then they have the means to vote against it and (maybe) change it.

Trumps great achievement was to connect with that group.

I don’t see Trump as a proper business person, though he has a lot more commercial experience than any President this century.

How he handles trade is going to be interesting.

How he handles Wall Street and monetary policy is going to be even more interesting….

From my point of view, anything that means more people can afford my products and that makes for a stronger dollar (which includes reducing trade deficits and state borrowing) has to be a good thing.

I formed a distinct set of impressions about the US last month, and as I am going on the Internet Marketers cruise in January it is going to be interesting to see how things have shifted.

There is one other thing that is worth recognising. 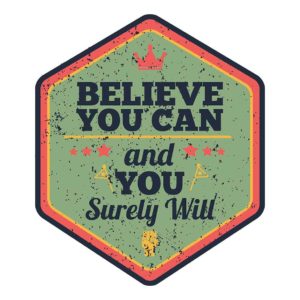 This is a man who fought against his own party to get nominated.

Who was written off by pollsters and pundits as having no experience and being something of a clown.

Who right up until the votes were being counted was expected to lose.

But who still stuck to it.

And that is a lesson for us all.

Dave’s nickname for me is “Crash”, because sometimes I just believe in what I am doing and how I am doing it, and I just “crash” on through.

Belief in yourself, sticking to your course of action, not deviating, and seeing it through, very often creates its own success, even though you might be “wrong” in the eyes of others.

Lets see what happens in the next few months.

PS  – I have had to re-schedule tonight’s webinar Finding High Paying Affiliate Offers & Promoting Them On Facebook  & YouTube. because of a head cold, if you haven’t registered already Click here:-)