As you probably know I have been in the USA (Land of the Free And The Home of The Brave….),visiting relatives in Iowa with my Mum.

Having been back a week it has given me the time to reflect on my experiences.

We were visiting  a small town called Williamsburg. Williamsburg is actually quite a wealthy town  due mainly to the fortunes of one particular family – Victorian style philanthropy !

The hotel we were staying in was really rubbish, having been repossessed by the bank and NOT taking cash – only credit cards !

However it had a lovely swimming pool, and with temperatures in the 30s one morning my mother  and I went down to the pool  for a quick dip. 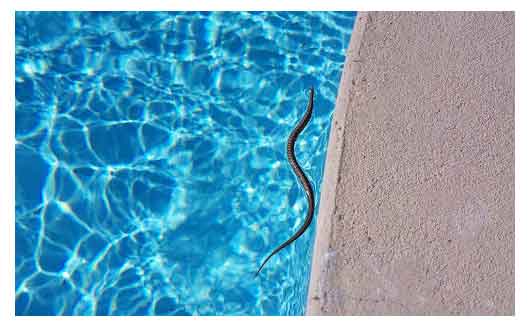 My mother got in first and did a couple of lengths, I was about to get in when……..

There was a snake in the pool, doing lengths with my Mum !!

Now I have to say that both my mother and I weren’t too shocked, as when I was growing up we did have  two pet snakes..

However, it was still a shock to see a snake in the swimming pool!! After al,l we didn’t know whether it was poisonous and not…

You don’t see that in your local swimming pool very often….

So we landed in Chicago and hired a car to get to Williamsburg, 300 miles away.

Before setting off  I thought it would be an excellent idea to see if I could hire a Tesla.

After all Tesla’s  are made in America  so there’s bound to be Tesla superchargers all over the place, right?

After a couple of Google searches  I quickly found  a car hire company  that hired out  Tesla cars. My next job was to plot my route via  the superchargers.

I guess sometimes you just have preconceptions  of places, my preconception was that since the Tesla  car was made in America there’d be a supercharger on every block….

Plane food is not what it used to be. There I was sitting in a Gordon Ramsay restaurant  in Heathrow airport  with my mother.

Wow how times have changed…  I remember  airport food  being absolutely terrible, pretty much everywhere in the world, so I wasn’t expecting to have a nice meal before I got on the plane…

As you might expect the food was incredible, however,  it was not expensive…. More of a  very upmarket  diner. Along one wall were carefully placed plug sockets so that people could get out their laptop and write a quick newsletter to send out to their list…

To all Internet marketers, if you’re stuck in Heathrow airport you need to visit Plane Food…

I always find it fascinating to see how people live in different countries.

But staying in a hotel means you don’t get to see much of the real country and its people, however on this trip we were visiting relatives in Iowa.

I think I spent a little bit too much money on Madison Avenue in Chicago. When I was unpacking my suitcase  last week  Dave saw one of the labels on  a new top I bought, how much!!

Thing is they have the ticket price.. And then add sales tax !! which changes your perception of the real cost…..

Chicago is everything you’d kind of expect from  a modern busy city. Iowa, on the other hand, is incredibly rural and beautiful.

300 miles outside Chicago people in Iowa seemed mainly concerned about their own affairs with very little awareness of what was going on in the outside world. Home schooling was a shock !

One of the things we wanted to do was see what people thought about the Presidential Election, after all the media in the UK have been running this as a big story for the last 4 months !

Visited 6 bars, all showing sports, but the 7th had a spare screen.

Asked the barkeep if we could watch the debate, the guy  just handed me the remote control  and I switched it on myself.

My Mum and I were the only people in the place watching the debate, no-one seemed the slightest bit interested.

If you’ve never used IFTTT, then you’re missing out. IFTTT is a tool that lets you instigate targeted actions based on an “if this then that” format. It can be integrated with hundreds of different tools and social media networks, which makes it super powerful.

Every time your brand or keywords are mentioned on the internet, you’ll get a notification email.

It’s a powerful tool, and it’s free to use.

Boomerang adds scheduled sending and the easiest, most integrated email reminders to Gmail,

Any film by the director Nicolas Winding Refn I’m interested in seeing, after all he did direct the film Drive….. which by the way I think is a work of art.

Neon Demon is very strange, an arthouse horror movie about beauty and vanity. 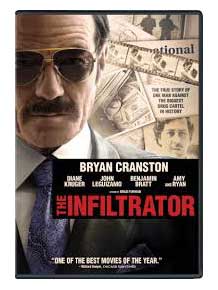 Bryan Cranston from Breaking Bad, in the lead role in a movie about drugs, I had to see this…

Well I was not disappointed This is a fantastic film which will probably win an award or two. It’s the story about  how federal agent Robert Mazur (Bryan Cranston) goes under-cover to infiltrate the trafficking network of Colombian drug kingpin Pablo Escobar.

This film is not actually out on Blu-ray  in the UK, I purchased this movie in Best Buy in Chicago and bought it back to the UK because I couldn’t wait to see it.

This is probably one of the best films I’ve seen in the last three months… Some amazing acting by Bryan Cranston, Particularly in the  restaurant scene with his wife when they went out for their  anniversary dinner…..

Have a wonderful week whatever you’re doing,