I don’t know what it’s like in your country, but here in the UK     the government has seen motorists, smokers, and drinkers as   the people to milk taxation wise.

In the UK something like 95% of the total cost of petrol goes    .in taxation, but how much of it gets spent on the    .infrastructure of our roads  ?

Not enough for sure…

And then there are the idiots that drive trucks and lorries with open loads – rubbish, building materials, scrap metal and so forth – so that bits of the stuff they carry get blown out onto the road

Now in the good old days before speed cameras, when you had traffic police in cars, unsecure loads and stuff would have been spotted and the drivers pulled over.

Nowadays of course the focus is on speed, and the revenue potential speed cameras create for minimal cost, rather than safety, so of course we have much fewer traffic police than we used to.

Sometimes I think the result is we have roads with more potholes than a dirt track in Australia’s outback, littered with more rubbish than a Brazilian favela (no disrespect to Australians and Brazilians).

Where does this rant come from ?

Well here on the  beautiful sunny south coast it is the season of new windscreens.

I had a small rock fly up off the motorway the other day and it chipped my windscreen, so that needs repairing.

Dave now has a massive crack in his windscreen from a medium size bolt (!!) flying up from the carriageway and hitting his screen.. £500 to replace !!

When I finish writing this newsletter I’m driving over to Portsmouth to get my windscreen repaired.

You remember last week I talked about this new App – Audibl  ?

Well the drive over to Portsmouth  will give me the chance to read (have read to me actually !) the last chapter of Robert Caldini’s book “Influence” whilst driving to Portsmouth….  (The audiobook version…)

So it won’t be a complete waste of time..

Sometimes I could kick myself for not taking action. For instance back in 2010 I remember looking at bit coins and thinking that is something I should look at.

Unfortunately I never bought any!

Which made me think…If I had started building my email list a year earlier I’d probably be making an extra $5000 a month now….

My advice… Write down a clear objective or  an outcome which you desire..

NOW -Create a vision board, This is a large sheet of paper with your goal written down on it. This must include photos and images….

The Quickest way to Wealth – Part 2

But hang on a minute….. I’m dyslexic how can I possibly write emails and build an email list?

That was the question I kept asking when people told me I should be building an email list. I remember Martin Avis telling me, Sarah you’re good with video, why don’t you create a video newsletter ?

I thought I’d give it a shot after all, email marketing seemed to be no harder than building websites and writing blog posts (most of which made very little money !)

So..over a three-month period I started to build my email list.

In that first two-month period I only sent out a handful of emails. I even tried creating a video style newsletter as Martin suggested, which worked to a degree..

I think I got distracted, and building my email list went down in priority.

Boxing Day 2009 has scarred me for life – literally.

I was rushed into Hospital with crippling chest pains, and X rays showed a had a  massive gall stone.

I was in agony for hours until they gave me some morphine !!

Then I was wheeled into an operating theatre for what was meant to be a routine keyhole surgery 20 minute operation. 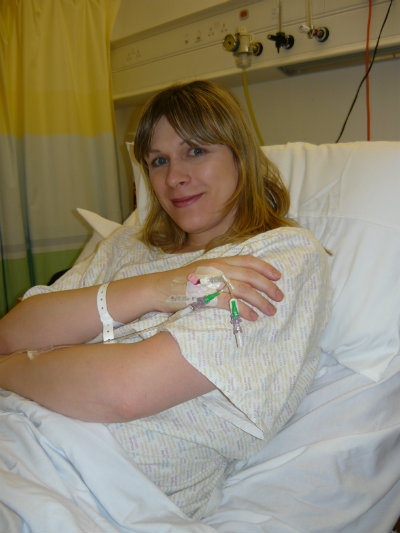 So I faced a long stay in Hospital recovering.

Now I get bored very quickly and let’s be honest, wherever   you are, daytime TV is not the most exciting stuff to watch !!

I was not going to spend weeks lying on my back getting    .bored out of my skull !!

BUT the hospital had wi-fi…

So…. I got Dave to bring my laptop in…

I surfed Clickbank.. found what seemed to be some good products…

And I sent an offer out to my list, Dave actually sat at my side and we wrote the copy.

Guess what.. after a while the sales started coming in !

The nurses were stunned… I was making more per day than they were…. while lying on my back recovering from a botched operation.

This is a totally true story….

To find out what happened next –  read my next newsletter !!

SEOquake is a SEO extension (toolbar) for Google Chrome,

it shows PageRank, Alexa and tons of SEO parameters,

Some of the best tools solve the simplest problems. Text cleaner

cleans up all kinds of text formatting when copying and pasting

AN HONEST LIAR is a feature documentary about the world-famous magician, escape artist, and world-renowned enemy of deception, James ‘The Amazing’ Randi.

It is a really good story and.. it has a very very neat twist at the end…