Basically, sometimes life just  doesn’t go according to plan, no matter how positive we want to be.

Okay so I can read, but I have to really really focus and what truly annoys me about car parks is that often they have all these small signs stuck in out of the way places where I just simply don’t “see” them.

A few weeks back I got two £50 parking fines just from not seeing a tiny sign that said a supermarket car park was a pay car park.

And missing the other sign that said parking fees were issued via a scanning camera.

Which is just how I feel when I get a ticket without even knowing I had done something wrong !

If you have any good videos send them in !!

The one and a half hour Pizza 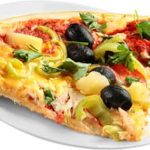 Again being an internet marketer and not getting out much (!!??) doesn’t make you immune to what everybody else gets at this time of year.

So I went to the London Lunch (next one is in January by the way if you are in London.. around the second week).

This time it was just a small one with not many people, more an intimate gathering, but nice people doing interesting things in a wide range of niches and I had a really good time..

But it was windy and wet and now both Dave and I have got colds.. Dave is doing worse than me.   (Not yet man-flu!)

By the time I got back to my mums house I was peckish again and ordered a Pizza online from Papa Johns a place I had used before, back when I lived in London some 14 months ago.

The site said half an hour.

Called them up – guess what.. I had entered my Mums address incorrectly.!!

Half an hour to deliver.. again…

Called them up (again) .. guess what .. sent it to my old address – which was the default address still on file..

Looking on the bright side.. it meant I had a good long catch up chat with my Mum.

I was waiting for a webinar to start the other week and got chatting to the presenter (from America) and we started just to list out the top traffic generation strategies.

Sort of thing you do when waiting for a webinar !

Anyway, we had a really good chat and lots of great ideas came up, so I thought it was worth putting them all down as a mind-map.

It was such a good piece of work that I am going to run a webinar later on this month (for free of course) and go through these strategies..

Because as we all know traffic is the lifeblood of any online business – no matter what niche and what you are selling.

So keep an eye out for a mailing telling you when and where.

Want to become a super affiliate?

On average on I am banking around $30,000 a month thanks to affiliate marketing.  I’m looking for a few people I can Work with closely to teach my system to.

Dave is really getting into 3d  Movies.

Even though some movie pundit said that 3d movies hadn’t succeeded and sales of 3d only movies as blu-rays were low and declining.

personally I think he was just winding people up for The Next Big Thing.. 4k TV.

So in the last few weeks Dave and I have seen.

Truthfully the 3d on San Andreas turns what is actually quite a good disaster movie into a great one.

The 3d on Jurassic World helps make a mundane movie into quite an interesting one (but don’t let any kid under 10 watch it in 3d !)

And the 3d on Terminator Genisys, well its great but after 30 mins or so I got so engrossed in the plot I sought of forget it was there.