It has been an interesting few weeks…

So there we were in France 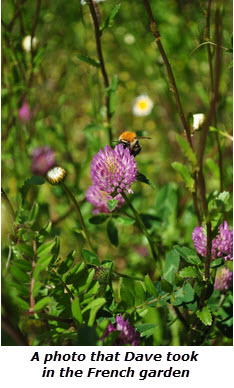 Dave was painting the gates, and getting all arty    .with his camera.

I was indoors supervising the decorator..

But then the graphics card on the PC decided it had   enough and quit on me.

So I decided to bring the PC back to the UK and    .replace the graphics card with my existing one,    .which gave me the chance to upgrade my office    .installation.

Now I am something of a techie, and I have always   wanted to have an office set up like those you see    .in the movies. 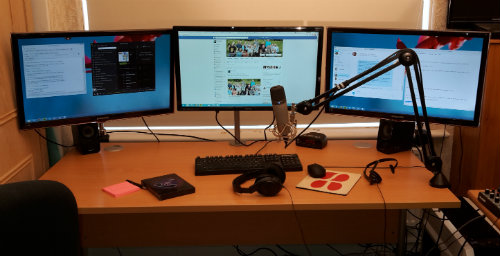 Only issue is I might need a bigger desk

Dave, of course, thinks I am just playing with tech…..

All internet marketers have a vulnerability, and it’s based around payment processing.

Paypal is at best a stopgap.

We use Stripe as our main payment processor.

But there is always a risk that their system goes down or they decide to change their Terms and Conditions, so we have been looking for an alternative system that we can integrate with Infusionsoft.

And we found one in the US !

To get the account we had to send a bunch of documents over to them in the US, all certified by a Public Notary here in the UK (and that cost a fair bit).

They needed to get to the US within two or three days, so my first thought was FedEx.

I phoned FedEx up and they arrived quickly enough to collect the envelope. The driver gave me a simple receipt and that was that, or so I thought.

A week later (while in France) I was informed that my documents hadn’t arrived???

So I phoned up FedEx and guess what ? They had no record of me sending any document !!

After spending over an hour on the phone to me they finally admitted that something had been collected from my house but they had no record of it…. aaarrgghhhh

They assured me they would phone back, but of course they never did.

After four or five phone calls that I made over the course of two or three days the letter still had not been tracked down and I finished up faxing the key documents.

Eventually two weeks later I had an email from my colleague in America telling me that she had at last received the envelope with the certified documents.

AND FedEx still had not even bothered to call me back!!!

They did call me back this week, but it was a very snotty call from their accounts department complaining that I had not paid the invoice for the delivery!!!

Well you can imagine how that phone conversation went…   I gave them a piece of my mind. 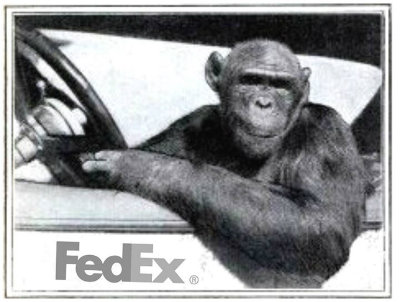 One of the big traffic generation secrets is media buying. This is just a fancy name for banner advertising.

The great thing about banner advertising is there is almost unlimited supply of inventory, so you never have to worry about competition.

You don’t have to deal with advertising networks such as Google or Facebook, or deal with all of the compliance issues that they now have.

As far as I’m concerned Media buying is almost the Holy Grail of traffic generation. Now the interesting thing is media buying is very rarely taught by Internet marketers.

Is it because a lot of marketers don’t want to give away their biggest traffic generation secrets??

I’ve decided to break the trend, I’m going to be teaching banner advertising and media buying in my up-and-coming workshop in June.

Look out for the email later this week……

What did we do before the Internet ? 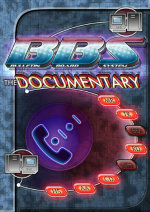 Ok I am a techie, and I love watching stuff about how the world   we live in has evolved.

In the late 70s BBSs started popping up, bulletin board    .systems. These were computers which you can dial into. You    .had access to a kind of forum. However only one user could    .access the BBS at a time.

Later on in the 80s a lot of these bulletin board systems expanded to have hundreds of phone lines, and some later evolved into the first ISPs.

In the Good Old Days (!?!) there were literally thousands of BBSs all over the planet.

Anyway there is an amazing documentary series all about it.

There are 8 episodes and it makes absolute fascinating watching. These guys were the real founders of the online industry that we know today.

They were taking online membership payments back in the early 80s!!!

Well worth a watch….  http://www.bbsdocumentary.com

FileZilla  (Free FTP software ( this is the one I use))

A very useful tool for building HTML pages, I still use it today for doing bits and pieces.