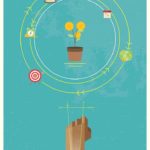 One thing that really irritates me about having a mobile phone   is the amount of missed calls I get.

As far as I’m concerned a mobile phone is for use when you    .are mobile, out of the house.

I actually prefer to speak on a landline phone rather than a mobile phone, I just find the landline more comfortable to use.

Because I work from home I don’t often use my mobile phone therefore I seem to miss a lot of text messages and mobile phone calls. (oops …. Sorry !!)

My mobile phone normally sits at the bottom of my handbag so I don’t normally hear it ring.

And My Solution  is..

Last month I purchased a smartwatch. Now before you ask no this is not the Apple watch… 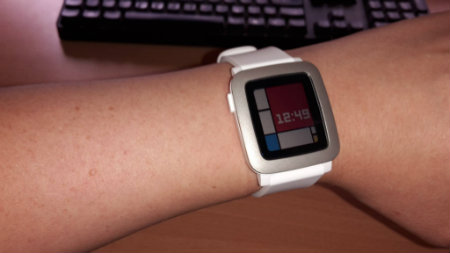 My smart watch is the Pebble Time. I    .chose the Pebble Time because unlike    .the Apple watch the battery lasts for    .seven days, and….. you can read the    .display in bright sunlight…

The main benefits to me of having a smart watch are:-

My watch vibrates when my phone is ringing, no more missed calls

I can use Ever-note on my watch, really handy for reading shopping lists !

As long as my watch is within 30 feet of my phone I don’t need to enter a code to unlock it.

Because you can download apps the Pebble can do a ton of other stuff. In fact I am thinking about having some of my own apps developed.

How about an app which would inform me whenever I make a sale….  ??

What apps do you think would be useful to have on a smartwatch??

Let me know, and well….. you might see it happen !

If you’ve ever moved house you you might be familiar with that stack of cardboard boxes in the spare room that never seems to get unpacked.

Last weekend I was going through a few these boxes which have been in my spare room for the past year.  In fact I found a cardboard box which had been sealed since my previous move in 2001 !

I ripped the box open to find a bunch of VHS home movie tapes, and some rolls of 16mm and 8mm Home movie film!

I decided to watch some of my old home movie VHS tapes. This was not as easy as I thought it would be. I had to find my VHS video machine which was (of course) still in its packing box.

It took me around two hours to find the right cables to hook it up to my modern plasma TV.

Next I discovered that the heads of my video machine were dirty. I had to remove the cover of the video machine and clean the heads. Only then could I watch my old home movies.

Yesterday I drove all the way to Crawley in the South of England to a company that transfers film and VHS video tapes.

After going through the rest of the boxes in my spare room today I have discovered another 30 or so videotapes that I plan to get transferred.

Back in the 1990s after my mother moved house she found a box with an old quarter inch reel to reel audiotape.

This was a recording that was made in the 1950’s  of my mother and my auntie interviewing my great great grandmother.

My mother had this tape converted to CD back in the 1990s. It’s fascinating listening to this.

Actually hearing my great great grandmother talk about what it was like to work in the mills in the 1890’s!!!

I think it’s important to archive family historical footage like this.

Videotapes only have a shelf life of around 10 to 15 years before they start deteriorating. I will have to get my skates on and get the rest of my video tapes transferred!!

I think i will have to organise a family get-together and have a private viewing!