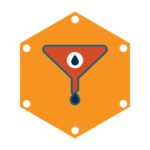 So here I am in France with my sisters family..

Now this isn’t exactly a break, more a sort of working    .holiday….

Taking paint over for the interior decorator/builder…

Meeting the Mason that is going to do the exterior renovation work, and probably the interior plastering..

Getting him to give us a quote (a “devis” in France)

On Saturday I am going to meet the guy that does the heavy lifting in the gardening department, a french guy called Bruno.

Bruno is a real character with a decent facebook account and seems to post stuff on it just about every day, several times a day sometimes.

A lot of it is cat videos and general stuff but it serves a purpose for us, whether he knows it or not !

It keeps him sort of “front of mind” and, given we haven’t seen him since December, that is quite important for me, and for him.

It’s important for me because once I have found a good person to work for me I want to keep in touch with them.

And given that gardening is so seasonal having a facebook account that keeps someone “front of mind” is really useful..

My UK gardener is a character as well, but he doesn’t have a facebook account and I don’t even know if he is still doing gardening !

A different illustration of the power of social media ?

The start of this year I decided to do some spring-cleaning on the website and on the products that I have created.

The first thing I discovered was that I have over 25 products in the system !

Some are free products used as giveaways to attract people into the system, some are mid-range products in the $200 to $500 range, and some are products over $1000.

What I also realised was that not all of them had proper descriptions, and some of the more higher value products didn’t even have sales pages !

This has all been corrected and there is now a brand new website.

Visit this page at  https://sarahstaarproducts.com

The Importance of the Sales Funnel

You know that one of the things that makes me different to lots of other marketers is that I like to test things and optimize processes so that they they work really well ?

One of the most important processes for Internet Marketers is the Sales Funnel.

And a tested and optimized sales funnel is really really important.

I used to do it all manually with code, which was fine, but difficult to change.

Nanacast then came along, which is a mixture of shopping cart and sales funnel software.

Yes, it is expensive but it paid for itself 15 and more times over the other weekend !

This gives me the ability to build pages and change things around quickly, get good statistics, all of which makes testing easier and means that I can optimise the efficiency of the funnel.

The other thing I can do is implement a sort of “holy grail” of professional internet marketers which is the near mythical “One Click Upsell”.

And that was how I made several thousand $$$$ by creating a few more sales funnels with the “One Click Upsell”, oh and not forgetting the downsell as well !

Most people use Bitly for URL shortening, but the real power of this platform comes from its analytics.

Free tools for creating and sharing inforgraphics. The templates allow anyone to create a professional looking graphic.

On of the most popular tools available, The SEO Toolbar puts a ton of information at your fingertips including backlinks and competitive research.

I have to admit I am not really an Apple fan. However I do find the story of Apple interesting after seeing the film “Pirates Of  Silicon Valley”.

I ordered the movie Steve jobs on Blu-Ray, for some reason Amazon sent me 2 copies and only charged me for 1 copy, result!

I found the film interesting, but not brilliant, to be honest I think the film “Pirates Of  Silicon Valley” is a better more interesting story!

WOW you have to see this series!  This is such a good tv show that I watched series  1 and 2 back to back last weekend.

Halt and catch fire is a tv series set in the early 1980s, dramatising the personal computing boom through the eyes of a visionary, an engineer and a female programmer , who reminds me a little bit of myself,  whose innovations directly confront the corporate behemoths of the time.

From a sunny and April shower France,